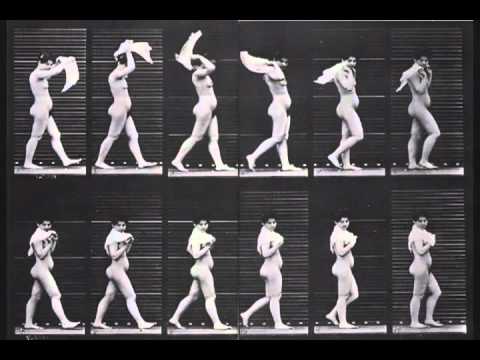 Rather than figuring film as a text that is interpreted or an object structurally dissected, Deleuze suggests that film is best understood in terms of those elements unique to the medium: movement and temporality. Central to his approach are affects, percepts, and concepts: a fluid play of intensities, sensations and thought that disintegrates the distinction between “subject” and “object.” Instead, Deleuze would map the forces that transect multiple entities and work to comprise each dynamic and unique cinematic event.

In making use of Deleuze for finding an adequate framework for embodied spectatorship, I must stress that the relationship between his cinema theory and both theories of sensory perception in general and most specifically phenomenology are problematic to say the least.

Deleuze doubted the usefulness of phenomenology to understand perception, arguing, to state it simply, that phenomenology privileges consciousness over the world […], whereas for Bergson (and Deleuze) consciousness and the world, that is, the image, are indistinguishable (Marks 1999:150).

I find this critique of phenomenology, which is modeled on the idea of natural perception, to be both relevant yet nevertheless compatible with the general gist of a phenomenological approach. What is needed is the recognition that consciousness is mediated, and hence, cinema consciousness can create a world exceeding natural perceptions, The resulting model of cinema consciousness is well-formulated by Steven Shaviro (1993), who argues that film offers the spectator ‘decentered free play, the freedom from the constraints of subjectivity, that editing and special effects make possible’ (Shaviro 1993:43).

Besides close reading over the past years of Cinema I and II (Deleuze 1983, 1985), a Thousand Plateaus (1980), which are notorily laborious for a novice, there are two main secondary sources that I found especially useful in understanding the relevance of Deleuze in relation to analyzing cinema spectatorship. The first is a recent book by Patricia Pisters called ‘The Matrix of Visual Culture: working with Deleuze in film theory’ (2003). Pisters explains in the introduction how Deleuze posits as ‘camera consciousness’ which enables a ‘new mode of individuation, a mode that is non-personal and not related to him [referring to a male film personage] as a transcendental subject (“I see”)’ (Pisters 2003:2). This individuality is not equated to a subject, but what Deleuze and Guattari call ‘haecceity’, entailing a ‘detachment of the gaze’ made possible by the camera. The second source of exegesis that I made extensive use of, although less explicitly present in this text, is little book by the French philosopher Paola Maratti called ‘Gilles Deleuze: Cinema et Philosophie’ (2003).

The Cinema books by Deleuze suggest a means of looking at film that ‘explodes static views of the work that the work of art does. Rather than “representing” something, film, for Deleuze, has the potential to create its own fluid movements and temporalities.’[2] In the Movement-Image Deleuze argues that

the essence of cinema lies in the mobility of the camera and in emancipation of the viewpoint whereby cinema stops being spatial and has become temporal […I]t is through the camera that we have come to live in a universe that is metacinematic. (Pisters 2003:2; Deleuze1983:3ff).

Perhaps superfluously, yet nevertheless, to insure that a Deleuzian contribution is lucid, I will give a bit of background on Deleuzian concepts in relation to this theoretical assemblage, and translate this model into more accessible language. In doing so, I am aware that paraphrasing Deleuze is a daunting task due his extensive use and scope of neologisms and technical vocabulary, and to the vast depths to which his theories plummet.

Pisters (2003) explains that it is through this ‘camera consciousness’ that we come to a critical understanding our virtual and actual past, present and future, because we become accustomed to switching between layers of time and virtuality. The key to understanding this argument lies in the concept of a ‘plane of immanence where past, present, and future coexist and can be ordered in various ways, including linearly. Images are there; they do not represent some otherworldliness but constantly shape the world and its subjects’ (Pisters 2003:3). Consequently, as with a phenomenological approach as I explained earlier, the traditional distinction between real and unreal, or between reality and illusion is no longer relevant.

For Deleuze, images can better be understood in terms of virtual and actual; ‘both are “real”, but only the actual is in the (physical) present’ (Pisters 2003:3). The virtual and actual images react to each other on the plane of immanence, as the virtual contains the preserved past, and the actual is defined by a transient present. There is no transcendental organizing principle on such a plane, all connections are on the same level. Instead of images as representations, we then work with the model of a network of relations between virtual and actual images. Images do not then have any fixed meaning, but are always related to their specific assemblages. Pisters employs a Deleuzian model of tetravalence of assemblages, which can best be explained by looking to the explanation in the primary source, Deleuze and Guattari’s A Thousand Plateaus: Capitalism and Schizophrenia (1988):

On a first, horizontal, axis, an assemblage comprises two segments, one of content, the other of expression. On the one hand it is a machinic assemblage of bodies, actions and passions, an intermingling of bodies reacting to each other; on the other hand it is a collective assemblage of enunciation, of acts and statements, of incorporeal transformations. On a vertical axis, the assemblage has both territorial sides, or reterritorial sides, which stabilize it, and cutting edges of deterritorialization, which carry it away (Deleuze 1988:88).

In A Thousand Plateaus, Deleuze and Guattari elaborate extensively on the idea of rhizomatic politics. The framework of so-called rhizomes is used to explain the way in which things are connected. A rhizome, unlike a tree, or a binary system of units, consists of decentered dimensions, expanding in multiple directions, ‘made only of lines: lines of segmentation and stratification as dimensions, but also lines of flight or of deterritorialization’ (Deleuze and Guattari 1983: 47-48).

In their tetravalent model, each individual person, group, or event is framed and strung together by an assemblage of criss-crossing lines, which act and react on the body. Firstly, there is the hard, or segmental line, which is alternately called the ‘vertical axis’, ‘territorial segment’, or ‘molar line’ in the assemblage. This marks the extra-cinematic connections reaching outside of the film, into the world and history, framing ‘the individual into social groups, family structures, classes, sex and gender, and professional structure. Everybody must deal with this molar line’ (Pisters 2003:58). This is a system of (implied) facts – relationships and events in the world or in other movies – that keep the world running.

The second axis is the ‘molecular’ or ‘horizontal’ line, where small changes of resistance or deferral take place within the segmental structure. Form and content of the film are related to this line, and are especially relevant in relation to the main character of a film, and to the ways in which the viewer is constituted by the film. According to Deleuze, each of us on or off-screen, is an assemblage of perception-images, action-images, and affection images. The effect of cinema can be a shift in the time and movement images, and with this, a change in the configuration of subjectivity (Pisters 2003:58-63, Deleuze 1983:87-103)

If we return back to the segmental, molar line, Deleuze also recognizes a third line, which is the ‘nomad line’ or ‘line of flight’. This is the most dangerous line, and the most radical one, with the most direct consequences for the flesh. ‘[I]n all films, the characters run great risks in following their line of flight […]. This is the deterritorializing line of the vertical axis of the assemblage. For example, this line would mark the destabilizing force of Christ’s self-sacrifice, the temptation to leave molar structures in tact, or to turn them over. And then within that line of flight, there are again other side-paths, a nomad path leading off the nomad path and back to the hard line.

For Deleuze, there is no such thing as a fixed a priori subject. We are dealing with immanent bodies ‘whose borders of selfhood (or subjectivity) are challenged in time and by time’ (Pisters 2003:20). This dynamic process of assemblage of perceptions takes place in the brain – which, unlike the concept of the mind, is embodied. Otherwise formulated: ‘the brain is the screen’ (Deleuze 1995:60).

In Cinema I & II (1986; 1989) Deleuze developed the concept of a mental automaton produced by the combination of a cinema spectacle and the viewer. Breaking radically with the concept of a body confined by superficial skin, Deleuze takes this interaction seriously, by saying that a mental automaton consists of a body made of nerves, flesh and light. Cinema is a device, a technology that creates a feedback circuit between organic, biological bodies and sensory stimuli (sounds, images). This short, intense circuit of nerves and impulses, rays of light and waves of sensation, ears vibrating, the body resonating, form a circuit so complete that it forms a new system. This system functions as a body. The impulses no longer come from the screen to the viewer, as from a distance, but form circuits mixing a multitude of cinematic signs with bodies. The mental automaton is formed in situ, not out of separate organic and technological systems, but as a hybrid, cyborg vision, as an extended body. The cinematic subject can experience more than the immediate tactile sensory stimuli. The world, the environment reaches out of the seat and onto the screen. Or visa versa: the light and sound pervades the body, transgressing the boundary of skin. This is what I understand Deleuze to mean when he so pointantly states ‘the brain is the screen’: the living human body and the technology of cinema are fused in the experience of viewing a film.

In considering perception of films, we then come to the conception of ‘effects and affects that are set in motion by a complex interplay between body and brain, perception and memory’ (Pisters 2003:18). Whereas psychoanalytic desire is seen mainly in terms of binary desire, desire of an object, or another subject, but always desire of something lacking, rhizomatic desire requires thinking in assemblages, where non-hierarchical elements coexist and intermingle. Desire is the fundamental positive movement to connect. In this immanent rhizomatic framework, the subject is in constant flux, formed by experiences that are woven together in the physical brain, in the feeling body.

In other words, the image, the screen, cinema, is not representation, not an illusion, not a coercive, or critical comment on a hierarchical identity, cinema is a thought-provoking encounter, world-disclosing experience that opens up new connections as an ‘umbilical cord’ to the world (Pisters 2003:18-22).

I found this very well put by Martin Jones in his article ‘a Sight for Sore Eyes’ (1999) ‘Truth’ he writes, ‘cannot be found by “moving through the image and deeper into it”, as the cinematic image, far from containing meaning, creates it’ Later on, he elaborates:

Rounding off, Deleuze offers the concepts of territorialization and deterritorialization to describe how perception effects and affects the body in relation to societal structures. ‘Physical cinema can cause a change in attitude, or a rezoning’ (Pisters 2003:56). What we then are left with is schizoananalysis, a mapping of the rhizomatic lines and changes that take place in the embodied spectator. In other words ‘A schizophrenic out for a walk is a better model than a neurotic lying on the analyst’s couch’ (Deleuze and Guattari 1983:82)

Marks, L. U. 1999. The Skin of the Film: Intercultural Cinema, Embodiment, and the Senses.